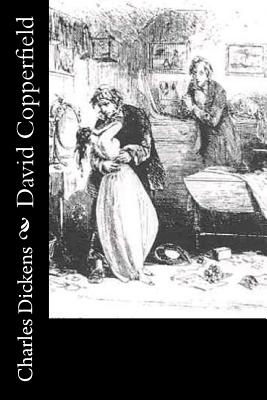 Dickens' great coming-of-age novel, now in a beautiful new clothbound edition
This is the novel Dickens regarded as his "favourite child" and is considered his most autobiographical. As David recounts his experiences from childhood to the discovery of his vocation as a successful novelist, Dickens draws openly and revealingly on his own life. Among the gloriously vivid cast of characters are Rosa Dartle, Dora, Steerforth, and the 'umble Uriah Heep, along with Mr. Micawber, a portrait of Dickens's own father that evokes a mixture of love, nostalgia, and guilt.
For more than seventy years, Penguin has been the leading publisher of classic literature in the English-speaking world. With more than 1,700 titles, Penguin Classics represents a global bookshelf of the best works throughout history and across genres and disciplines. Readers trust the series to provide authoritative texts enhanced by introductions and notes by distinguished scholars and contemporary authors, as well as up-to-date translations by award-winning translators.

Charles Dickens(1812 70) had astounding success with his first novel, "The Pickwick Papers," and never looked back. In an extraordinarily full life he wrote, campaigned, and spoke on a huge range of issues, and was involved in many of the key aspects of Victorian life, by turns cajoling, moving, and irritating. He completed fourteen full-length novels and volume after volume of journalism. Of all his many works, he called"David Copperfield"his "favourite child."

Jeremy Tambling(introduction) is a professor of literature at the University of Manchester.

Coralie Bickford-Smith(cover design) is an award-winning designer at Penguin Books, where she has created several highly acclaimed series designs. She studied typography at Reading University and lives in London."