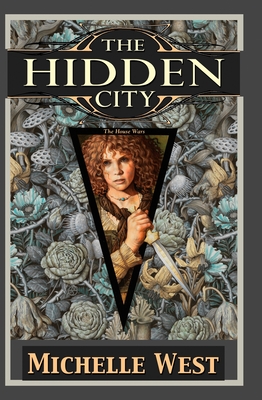 In this epic fantasy series for fans of George R. R. Martin and Robin Hobb, Jewel Markess must contend with deadly court politics, and visions of looming magical threats.

Orphaned and left to fend for herself in the slums of Averalaan, Jewel Markess—Jay to her friends—meets an unlikely savior in Rath, a man who prowls the ruins of the undercity. Nursing Jay back to health is an unusual act for a man who renounced his own family long ago, and the situation becomes stranger still when Jay begins to form a den of other rescued children in Rath's home. But worse perils lurk beneath the slums: the demons that once nearly destroyed the Essalieyan Empire are stirring again, and soon Rath and Jay will find themselves targets of these unstoppable beings.

Michelle West is the author of three interconnected series: The Sacred Hunt duology, the six-volume Sun Sword series, and The House War novels. She has published numerous short stories and fantasy novels under her maiden name, Michelle Sagara. She was a two-time nominee for the Campbell Award. She works part-time at BAKKA Books, one of Toronto’s larger bookstores, and writes a column for The Magazine of Fantasy & Science Fiction. She can be contacted via her website, michellesagara.com or on Twitter at @msagara.

Praise for The House War Series:

“Richly and superbly detailed. Her characters live and sing.” —Examiner

“This story will go down as one of the best novels in its genre, propelling West into the ranks of Robin Hobb and George R.R. Martin.” —The Maine Edge

“Some say Michelle West has been propelled into the ranks of George R. R. Martin and Robin Hobb—I say that she's been there all along and it's about time she was noticed as such.” —Night Owl Reviews

“If you're new to this kind of writing and have read George R.R. Martin's series and enjoyed it, I highly recommend these books.  If you've read neither—what are waiting for?!” —Chaotic Compendiums

“A worthy addition to the fantasy canon, both for its unusual nature, and its deep meanderings into the human psyche on the subjects of pain, loss, and hope in adversity.” —Grasping for the Wind

“In a richly woven world, and with a cast of characters that ranges from traumatized street kids to the wealthy heads of the most prominent houses in Averalaan, West pulls no punches as she hooks readers in with her bold and descriptive narrative.” —Quill & Quire

“The power and majesty of the series is in the characters, although the world itself is extraordinary.... The House War series is timeless and clearly takes its place at the top of its genre. It is a full-bodied piece of work that is satisfying, intriguing and thought-provoking.” —Bitten by Books